Make in India is the BJP-led NDA government’s flagship campaign intended to boost the domestic manufacturing industry and attract foreign investors to invest into the Indian economy. The Indian Prime Minister, Mr. Narendra Modi first mentioned the keyphrase in his maiden Independence Day address from the ramparts of the Red Fort and over a month later launched the campaign in September 2014 with an intention of reviving manufacturing businesses and emphasizing key sectors in India amidst growing concerns that most entrepreneurs are moving out of the country due to its low rank in ease of doing business ratings.

The Make in India Vision

Manufacturing currently contributes just over 15% to the national GDP. The aim of this campaign is to grow this to a 25% contribution as seen with other developing nations of Asia. In the process, the government expects to generate jobs, attract much foreign direct investment, and transform India into a manufacturing hub preferred around the globe.
The logo for the Make In India campaign is a an elegant lion, inspired by the Ashoka Chakra and designed to represent India’s success in all spheres.The campaign was dedicated by the Prime Minister to the eminent patriot, philosopher and political personality, Pandit Deen Dayal Upadhyaya who had been born on the same date in 1916.

Why PM wants to Make in India

The Prime Minister called for all those associated with the campaign, especially the entrepreneurs and the corporates, to step and discharge their duties as Indian nationals by First Developing India and for investors to endow the country with foreign direct investments. The Prime Minister also promised that his administration would aid the investors by making India a pleasant experience and that his government considered overall development of the nation an article of faith rather than a political agenda. He also laid a robust foundation for his vision of a technology-savvy Digital India as complementary to Make In India. He stressed on the employment generation and poverty alleviation that would inevitably accompany the success of this campaign.
Launch Ceremony

Prime Minister Mr. Narendra Modi launched the Make In India campaign on September 25, 2014. The date of the launch was chosen to be of maximum advantage. Coming right after the successful insertion of Mangalyaan – a wholly indigenously built low-cost probe into the Martian orbit – the event highlighted India’s success in manufacturing, science and technology, and all this at inexpensive costs. It also came just a day ahead of the Prime Minister’s maiden US visit. Calculated to enhance India’s attractiveness as an investment destination, the launch ceremony was held at the Vigyan Bhavan in New Delhi. Thehall thronged with attendees, a number of whom did not even find seats. Leading entrepreneurs and the CEOs of about 3000 companies from across 30 countries were invited to attend the launch.

For the Make in India campaign, the government of India has identified 25 priority sectors that shall be promoted adequately. These are the sectors where likelihood of FDI (foreign direct investment) is the highest and investment shall be promoted by the government of India.On the campaign launch, the Prime Minister Mr. Modi said that the development of these sectors would ensure that the world shall readily come to Asia, particularly to India where the availability of both democratic conditions and manufacturing superiority made it the best destinations, especially when combined with the effective governance intended by his administration.

Benefits and disadvantages of Make in India

India is a country rich in natural resources. Labour is aplenty and skilled labour is easily available given the high rates of unemployment among the educated class of the country. With Asia developing as the outsourcing hub of the world, India is soon becoming the preferred manufacturing destination of most investors across the globe. Mae in India is the Indian government’s effort to harness this demand and boost the Indian economy.

India ranks low on the “ease of doing business index”. Labour laws in the country are still not conducive to the Make in India campaign. This is one of the universally noted disadvantages of manufacturing and investing in India.

Why Companies were not manufacturing in India

Make in India campaign is at loggerheads with the Make in China ideal that has gained momentum over the past decade. China is a major rival to India when it comes to the outsourcing, manufacturing, and services business. India’s ailing infrastructure scenario and defunct logistics facilities make it difficult for the country to achieve an elite status as a manufacturing hub. The bureaucratic approach of former governments, lack of robust transport networks, and widespread corruption makes it difficult for manufacturers to achieve timely and adequate production. The Modi government has vowed to remove these hurdles and make the nation an ideal destination for investors to set up industries.

Apart from the launch of a colourful brochure, which should find its way into the hands of anyone intending to invest into India, the government of India also launched a website to supplement the campaign. The Make In India website highlights each of the 25 target sectors with statistics, reasons to invest, growth drivers, all policies relevant to investors and the individual sectors, government support, and opportunities for investors apart from showcasing the live projects that have been undertaken and FAQs. The website also links to the campaigns Social Media feeds on Twitter, Facebook, Google Plus, and YouTube.

The NDA government’s Make In India campaign has till early October attracted INR 2000 crore worth investment proposals. The campaign has, despite this,found its fair share of critics. The topmost of these criticisms is leveled against the incumbent government. It has been felt that the government does not walk its talk – labour reforms and policy reforms which are fundamental for the success of the Make In India campaign have not yet been implemented. A number of layoffs in companies such as Nokia India cast long shadows over the campaign. A number of technology based companies have not been enthused by the campaign launch and have professed to continue getting their components manufactured by China. 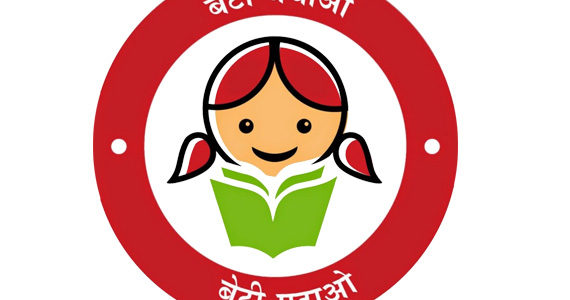 Beti Bachao, Beti Padhao is a Government of India scheme that aims to generate awareness and improving the efficiency of […]

Indian Government, at all levels, announces Welfare Schemes for a cross section of the society from time to time. These […]