On 25th May 1999, three leaders of the Indian National Congress, who were expelled from the party for strongly disputing the right of Italian-born Sonia Gandhi to become the leader of the INC, joined hands to form a new party under the name of Nationalist Congress Party or NCP. The three leaders  were Sharad Pawar, P.A. Sangma and Tariq Anwar. They, along with thousands of their supporters assembled at No. 6, Gurudwara Rakab Ganj Road, New Delhi to form the new party and this marked the Red Letter Day of the country. NCP is a centre-left political party, upholding the traditions of adherent Congress leaders like Dadabhai Naoroji, Tilak, Jawaharlal Nehru, Annie Besant, Maulana Abul Kalam Azad and others. Sharad Pawar was made the President of the NCP and P.A Sangma and Tariq Anwar were made the General Secretaries of the Party. The Election Commission of India has recognized the NCP as a National Party. In the history of the country, this was the only party to have attained the status in such a short span of time.

The NCP stands for upholding the democratic secular society along with equality, social justice and unity in the nation. It believes that the integrity of India can be achieved by strengthening federalism and decentralizing power up to the village level. It believed in empowering the weaker sections of the society, especially the Scheduled Castes, Scheduled Tribes and the OBCs. NCP is a strong proponent of the universal disarmament policies, which alone can bring in peace in the country. NCP believes that economic growth in the country can be achieved only through competition, self-reliance, individual initiatives which cater to the demands of social justice and non-discrimination. It believes in eradicating unemployment, starvation, communalism, exploitation from the society.

NCP adheres to the concept of a stable government which should be free of corruption at all costs. This can only be attained through upholding the Rule of Law of the country, without any biases in religion, caste, creed, gender and other social indicators. Similarly, it does not accept the authoritarian and dynastic style of functioning of any party, like the INC, against which the NCP protested fiercely. It believes in an institutionalized and democratic functioning of the party. The members of the NCP believe that no person of foreign origin can occupy the highest seats of power and responsibility in the country, namely the President of India, Prime Minister of India, Chief Justice, Chief of Army and others. Though primarily based in the state of Maharashtra, the NCP has gradually gained prominence in states such as Assam, Gujarat, Bihar, Rajasthan, Andhra Pradesh, Madhya Pradesh and West Bengal. It is even present in the Union Territory of Andaman and Nicobar Islands.

The Election Symbol of NCP is an analogue clock that reads 10:10. The clock is drawn in blue and has two legs and an alarm button. It is situated on a tri-coloured Indian flag. This symbol used by the NCP is prominent and denotes that the NCP will keep fighting for its principles throughout, no matter how difficult the situation. The Nationalist Congress Party represents the thoughts and concerns of the common man. It symbolizes the ideals of speaking on behalf of the ordinary citizens of India. In this, the NCP must carry on its good work among the masses and for them, throughout the year, as the symbol signifies. This way, it will uphold the true traditions of India’s greatest leaders who gave India its independence.

The leaders of the NCP, who are also their national representatives and executives, are the following:

As a national political party, the CPI has made a number of significant contributions to the political scenario of the country. Some of these are listed below:

The Communist Party of India (Marxist), popularly referred to as the CPIM or the CPM, is a major recognized national […] 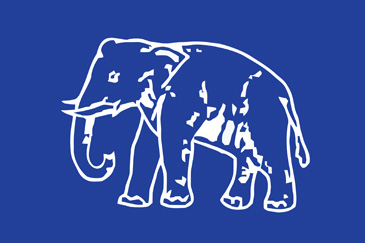 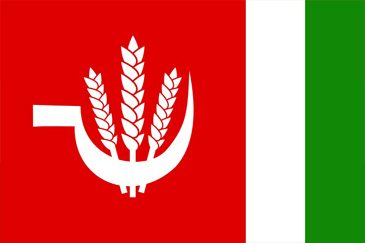