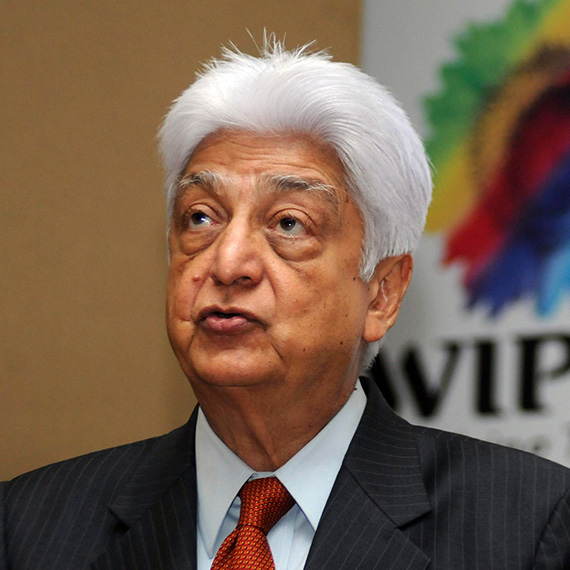 Azim Premji is an Indian business tycoon and philanthropist who is the chairman of Wipro Limited. This biography of Azim Premji provides detailed information about his childhood, life, achievements, works & timeline.

Azim Hashim Premji is an Indian business tycoon who is the chairman of Wipro Limited, a multinational IT Consulting and System Integration services company which is currently one of the largest IT services company in the world. Premji, who took over the company as its chairman almost half a century ago, led Wipro through decades of expansion and diversification to make it one of India's largest publicly traded companies. Originally founded as a vegetable products and refined oil company by Premji’s father, the company entered the computer business in the 1970s under the leadership of Premji. Soon the company carved a niche for itself in the software market and became one of the global leaders in the software industry. Born as the son of a successful businessman, Azim Premji had a privileged childhood. After completing his schooling he went to the Stanford University to study engineering. However, the untimely death of his father back home meant that he had to return and take over the control of his father’s business. Over the years he gained recognition not just as a successful businessman, but also earned much respect for the high ethical standards maintained in his company and for his commitment to give back to the society.