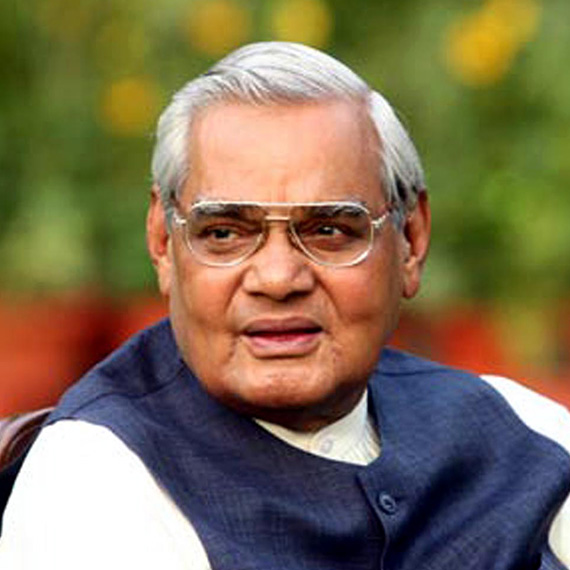 Atal Bihari Vajpayee is a highly respected veteran politician who had served as the Prime Minister of India in three non-consecutive terms. He was a member of the Indian Parliament for almost five decades; in fact he is the only parliamentarian who had been elected from four different states at different times, namely, Uttar Pradesh, Madhya Pradesh, Gujarat and Delhi. He made his foray into politics during the pre-independence era when he took part in the Quit India Movement which led to his arrest and imprisonment. A true patriot, he was one of the founding members of the erstwhile Bharatiya Jana Sangh, an Indian nationalist party. A multi-faceted personality, he is a very skilled poet with several published poems. Also well known is his love for his native language Hindi—he was the first person to deliver a speech in Hindi at the U.N. General assembly. He is very famous for his oratory skills and held several prestigious positions in Indian politics before being elected the Prime minister. His first stint as the Prime Minister of India lasted for just 13 days. He was again sworn in for the second time after a couple of years. This time too, his government lasted for just over a year. His third stint as the Prime Minister was his most successful one and he served a full term of five years in this position.

Career as the Prime Minister